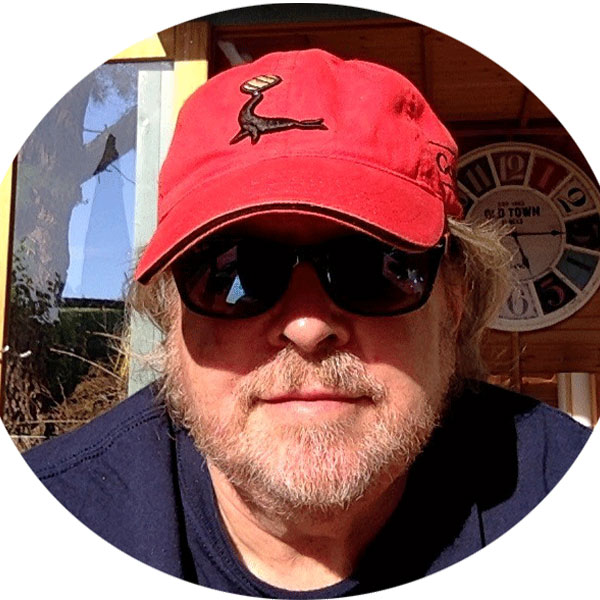 I was born in Glasgow in 1952 but was brought up and educated in Aberdeen. After school, not for the last time, I didn’t know what I wanted to do so I applied (and was accepted) to study pharmacy at, what is now, Robert Gordon University but, was then, an Institute of Science and Technology.

After one year, Pharmacy and I agreed on a mutual, indefinite separation. Again I, really, had no idea what I wanted to do with my life (apart from definitely not pharmacy) so I applied for a number of jobs and further education courses. After a few interviews and a few offers, I moved to Edinburgh and completed a diploma in Computer Studies. It was the early 1970s and computers were still, relatively, new to businesses and an anathema to most people.

In 1977, I moved to London to work for EMI. It was the offer of discounted records, electrical goods and cinema tickets that attracted me. At that time, EMI was a majority shareholder in Thames Television and I was part of the team that implemented the first computer system that managed the selling of Thames Television’s commercial airtime. There then followed 40 years of working with a few different commercial television companies until I retired in May 2017. The last 25 of these 40 years being at Channel Four Television.

Since my retirement, and before the Covid pandemic that started in early 2020, I spent a lot of time travelling the world visiting friends and seeing new places. During my time with Channel 4, I had been to India, on business, many times and I continued, each year, to visit the friends I had made there. I have friends and family in Spain and visited all of them a few times each year. USA, Canada and Mexico have also been on our travel itinerary following my retirement. Since 2014, we have had a late summer holiday in Bermuda every year. We have made many good friends there and love this beautiful island. We have missed our annual time there very much but will be back again as soon and as often as is possible.

For as long as I can remember, I have written prose and rhymes on a number of subjects that just pop into my head. Some of these snippets may, one day, find themselves being connected into something worth reading.

I am married to my second wife, Cathy, and we live in the West Sussex countryside amongst fields and trees, exactly half way between London and the seaside city of Brighton. By train, the commute to London takes around one hour and I spend a few days each week in town. I am a member of a private members club in Soho and meet like minded friends there for lunches, dinners, and backgammon matches. It also provides a quiet, pleasant space in which to work, when needed.

At home, there is, usually, laughter and always music playing.

Since March 2020 (during the Covid pandemic when England was locked down) until June 2021, I wrote a number of poems about what was happening in England and around the world and my views on how those in charge and the general public were dealing with the catastrophic pandemic. Nothing too serious but an historically accurate, chronological, account of that period of the pandemic.

Since March 2020 (during the Covid pandemic when England was locked down) until June 2021, I wrote a number of poems about what was happening in England and around the world and my views on how those in charge and the general public were dealing with the catastrophic pandemic. Nothing too serious but an historically accurate, chronological, account of that period of the pandemic.

Additionally, every weekend, usually on Saturday afternoon and evening, I mixed a different cocktail for my wife and me and, on a couple of (legal) occasions, visiting friends. I took photographs of my cocktails and documented the recipes, many of which I developed myself, for my own amusement. This developed into Lockdown Saturday Cocktail ‘Hour’ which became a bit of a tradition. Eventually, after 64 weeks, I decided to end this weekly tradition although my cocktail mixing still continues on a more ad hoc basis.

By the time I stopped the regular cocktail mixing, I had written over thirty little poems and I thought that I might have something that could be interesting, educational and amusing to others.

“My Covid Time in Glass and Rhyme” is the result. 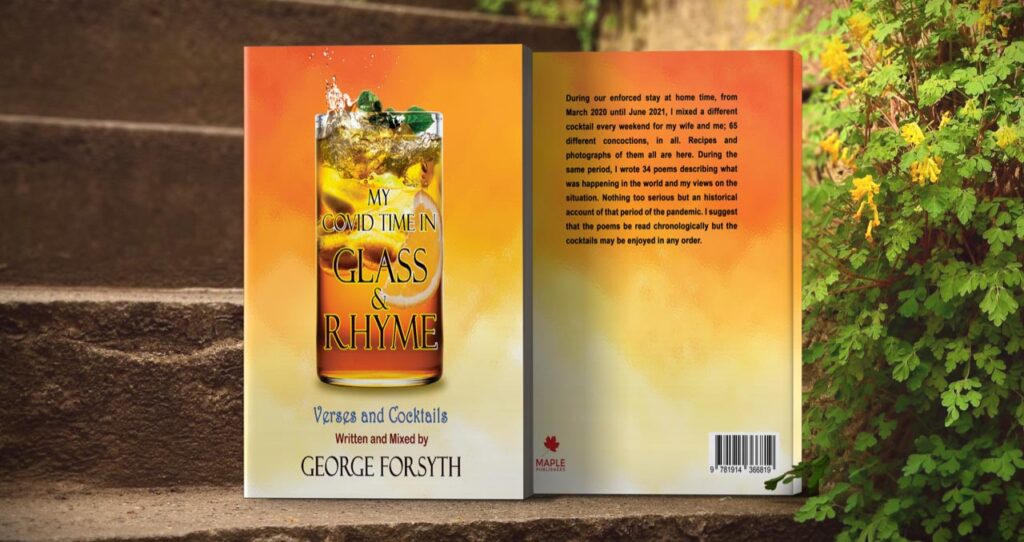